Sebastian Limeres was born and raised in Manhattan, New York. Due to work reasons, his family relocated to Buenos Aires, Argentina. After attending one of the most prestigious bilingual high schools in Buenos Aires, Sebastian Limeres pursued a career in law. In fact, he even managed to acquire work experience by working at an Argentine commercial court while attending law school. Upon graduating with honors as a Juris Doctor, he specialized in the field of corporate bankruptcy. Given his past background as a former soccer player, Sebastian Limeres was exclusively assigned to handle the largest soccer-club bankruptcy-case known in Argentine history.

In addition, he was recruited to work for the Legal Departments of two Fortune 500 companies in the Argentine automobile industry. More importantly, he reported directly to the General Counsels, located in Miami, Florida in the United States of America. Mainly, because he is a Native American citizen, fully bilingual, and with a deep knowledge of the East and West coasts in the USA. 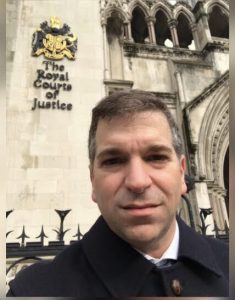 While residing in California, Sebastian Limeres also worked for the Chicago offices of one of the nation’s most prominent law firms in the United States. Then, he was acted as the Broker of Record for a California Licensed Mortgage Brokerage. This California Corporation generated loans that were later packaged in the U.S. financial secondary market to banking and financial firms in Wall Street. Sebastian Limeres is also listed with the California Department of Real Estate as a Licensed Officer and Broker of Record.

In addition, Sebastian Limeres was invited to join the second-biggest software financing and credit corporation with their Contracts and Legal Department in the Silicon Valley, headquartered in Redwood Shores, CA. In this position, he managed the company’s financial contract division in the Latin-American countries in which they operated (Brazil, Mexico, Chile, Argentina, Uruguay, Venezuela, Paraguay, Ecuador, Bolivia, Peru, Costa Rica, Colombia, and Puerto Rico among others). As a Lead Financing Contracts Administrator, he was responsible for the division’s contract-portfolio. In this capacity, he was also in charge of several Contract Administrators throughout Central, South, and Latin America.

On the other hand, Sebastian Limeres is the legal author of several articles and legal papers. These are some of his works: Inheritances in Argentina: Argentinian and International Overseas Probate-Estates; Successions involving Heirs living in Buenos Aires, Argentina and Abroad; Intestacy in Argentina; Inheriting Argentinian Assets and Real Property through Trusts, Wills and Testaments Overseas; Estate Planning for Argentine Heirs; Selling Real Estate in Buenos Aires, Cordoba, San Juan and Mendoza in Argentina; Argentinian Inheritances, Inheriting Crypto and Bitcoin, and How to Collect Funds Owed from Argentine Debtors.

Back in Argentina, Sebastian Limeres opened his own private practice in one of the most exclusive areas of the City of Buenos Aires. Furthermore, he became licensed in 2013 with the San Juan Provincial Bar Association (Foro de Abogados de San Juan, FASJ) and then a US Energy and Gold Mining investor retained his firm’s legal services in Argentina. In addition, he obtained his professional license in the provinces of Cordoba and Mendoza in Argentina in order to duly handle Inheritance, Estate-Probate, and Intestate Succession-cases.

In addition, Sebastian Limeres has also built a solid reputation in the Argentine Polo scene for having represented most of its foreign patrons and landowners in the sale and purchase of horses and polo fields, farms, real property, and real estate in general. For instance, in General Rodriguez -home to Argentina’s most exclusive polo clubs- he represented three different patron-owners from Australia, United Kingdom, and the USA respectively, while selling their entire polo clubs to new Argentine Real Estate buyers. These transactions were international multimillion-dollar deals.

It is worth noting that many foreign clients retain Sebastian Limeres’ legal counsel due to his broad understanding as an International Legal Consultant. This is due to his bicultural experience of having lived and worked in the San Francisco Bay Area, the Silicon Valley in California, and Manhattan, New York while in the USA, as well as Buenos Aires Downtown-Recoleta and Nordelta-Tigre, Buenos Aires while in Argentina. In addition, Sebastian Limeres normally travels back and forth. He is constantly in contact and up to date with both Argentina as well as the United States.

Sebastian Limeres is the founding partner of an Argentine law firm that unites attorneys with a unique international background. In fact, his entire team has lived and worked in the United States of America. Other members have also lived and worked in different metropolitan cities of the world. In fact, Limeres, Attorneys has the policy to work only with lawyers who can understand their clients’ international culture and language.

Furthermore, Sebastian Limeres provides legal assistance regarding bitcoin and cryptocurrency in Argentina, Latin America in general, as well as in the USA.

Sebastian Limeres obtained his professional license to practice Argentine law in six different jurisdictions in Argentina. Namely, Buenos Aires District Capital (CPACF); the Province of San Juan (FASJ); the City of La Plata (CALP); the Province of Mendoza (COLABOGMZA); the Province of Cordoba (CAC). In addition, the State Bar of California, USA, only as an Argentine Foreign Legal Consultant (SBC), not as a U.S. lawyer.